Chop off the very bottom of the bok choy and begin separating the dark green tops from the white stems.  Thinly slice the stems, leaving the top green sections whole.

Boil water for the rice noodles and cook according to package, making sure to drain and run under cool water.

In a large skillet, heat the peanut oil over medium-high heat.  Add pork and cook until no pink remains, about 10 minutes.  Add a few shakes of salt, 1 1/2 tbsp. gluten free soy sauce and 1/2 tbsp. of rice wine vinegar.  Transfer the pork to a separate bowl, using a slotted spoon to allow the sauce to remain in the skillet.

Mix in the remaining 1/4 cup gluten free soy sauce and 1 1/2 tbsp. rice wine vinegar until combined well.  Add the noddles and cook until warmed through.

Toss with chopped basil to serve. 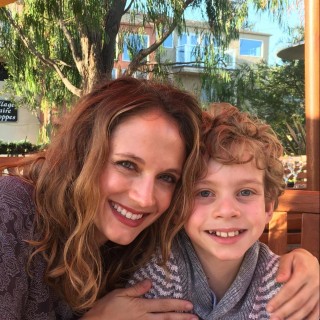